I managed to reach the tenth day of photo challenge this month! Thank you for your supports by commenting and visiting my blog during the challenge. Truly appreciated it 🙂

The theme of the tenth day is Sunrise, in which I chose to present two pictures. The first sunrise picture was taken in Kupang, a city in the East Nusa Tenggara province of Indonesia. I visited the town in January due to a work-related trip. As usual, I wake up very early, and I walked around the beach in front of our hotel. The city has a beautiful long stretch beach with impressive blue skies. Only just yesterday, the East Nusa Tenggara had confirmed one case of COVID-19. Adding to COVID-19 issue, at the same time the province has been struggling to combat dengue fever that has infected more than 4,500 people and kills tens of its residents. I hope it won’t get worse and wish they celebrate a peaceful Paschal Triduum this week.

The second picture was taken in Rotterdam (The Netherlands). My last visit was in December last year, before the COVID-19 expands as Pandemic. I have heard Rotterdam has been quiet since the government announced strict social distancing rules with fines for those who are not complying to the standards (the fines are also applied to the companies). All events and gatherings of three people or more are banned until 1 June. My former colleagues and friends in the Netherlands have been working from home until 1 June. The COVID-19 case numbers in The Netherlands are higher compared to Indonesia, it has more than 20K cases. However, even if the numbers were less than 10, it’s still worrying as the virus could spread like wildfire. 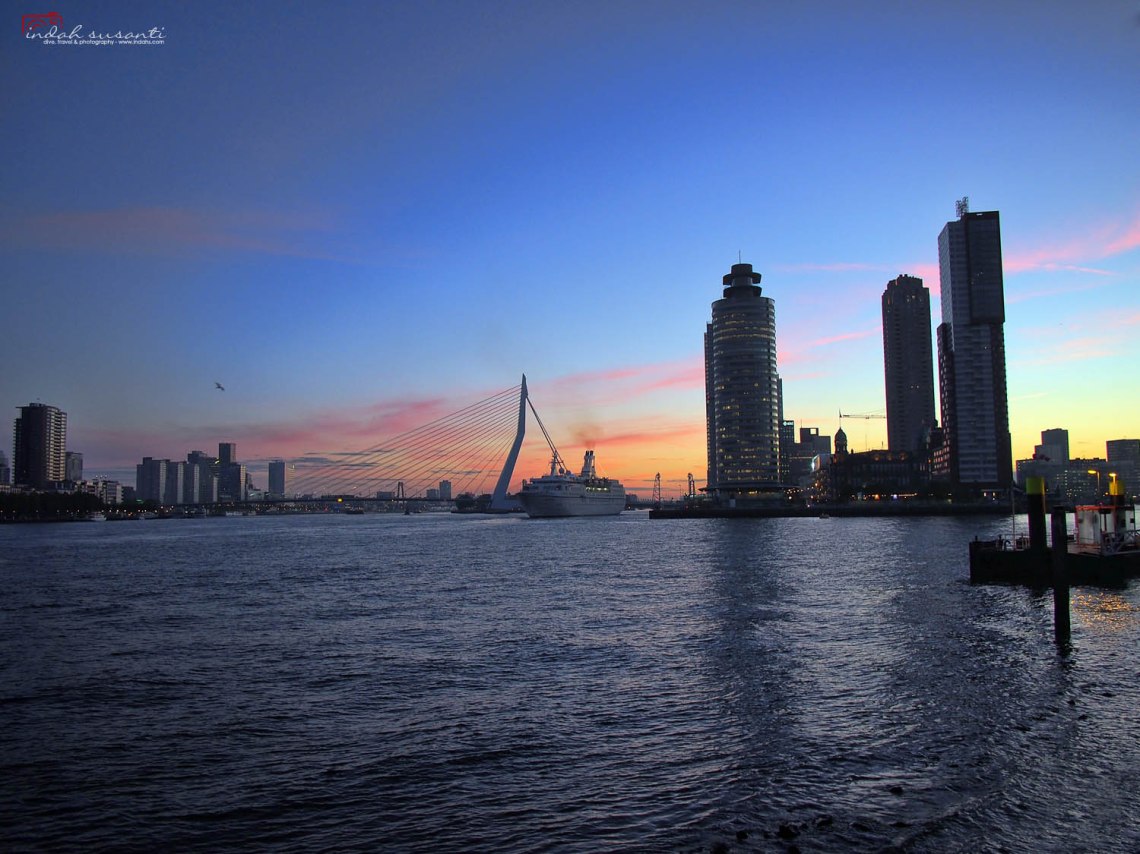 An update from Jakarta, today is a public holiday in Indonesia to commemorate the Good Friday. At the same day, Jakarta is officially implementing Large-Scale Social Restriction. The restriction includes a ruling that everyone has to wear a mask in public spaces. The advised face cover is the one that made from woven fabric just like batik, which is now being globally recommended to prevent the spreading of coronavirus (source). The batik mask is relatively affordable (less than US$1 per-mask) and available online. Of course, I am prepared for that!

Community activities including religious ceremony gathering at Churches, Mosques, Vihara and many others are to be avoided. Catholic Dioceses in Indonesia are broadcasting online streaming services in their websites, and a few National TV stations broadcast a live service to commemorate the Good Friday. It won’t be the same but so far people are cooperating.

Sincerely, I am not sure how long Jakarta’s Large-Scale Social Restriction will have an impact on the reduction of COVID-19 cases. It’s good that we have a specific restriction that has “legal foundation to fine the violators and acknowledged by the Central/National Government”. The violators face up to one year of imprisonment and a fine of up to Rp 100 million (US$6,342) (source). However, I am afraid it would not be much different to the last two weeks initiatives taken by the Jakarta’s Governor to close down public spaces and to send all employees to work from home.

As of today, Indonesia has 3,512 positive cases at the national level. Majority cases are in Jakarta with 1,810 cases. It may take two months, just like Wuhan, to see the impacts of the Large-Scale Social Restriction in Jakarta. It could also take even longer because we are not implementing strict quarantine just like the cities in China.

And the restriction is going to be for 14 days, with possible extension. Well, we will see.