Costa Rica is well known for its sloths. Home to two species of sloths; the two-toed and three-toed sloths; the country is proudly having the sloth picture on their banknotes. I find it is charming to have endemic animals pictures printed on a nation’s banknotes. It’s way better than having human’s face, if you ask me. 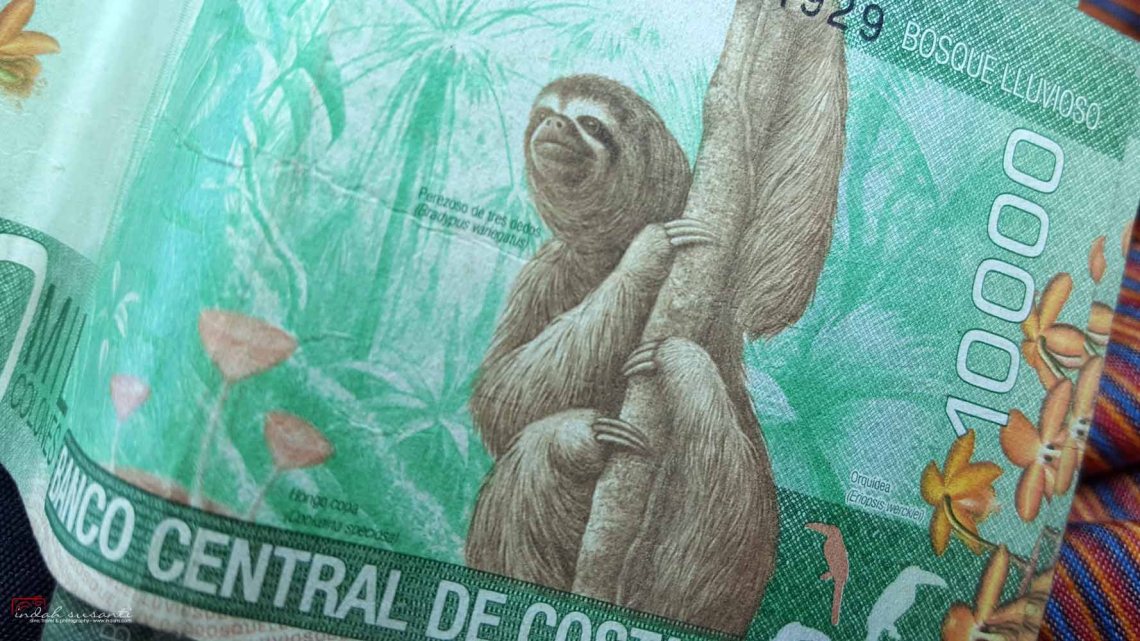 One of my travel missions to Costa Rica was not just seeing the sloths as the local banknotes but the wildlife sloths in their habitat. I did not visit the sloths sanctuary after reading mix reviews about the practice of the sloths sanctuaries in Costa Rica. In the end we decided to give it a try at Manuel Antonio National Park.

And we did see the wild sloths on the national park! A smiling baby sloth with his bottom toward us and his sleeping mother.

Then…another sleeping sloth. The sloths sleep a lot during the day, and they get a bit active at night to eat. They are rarely leaving the trees and the canopy. The trees provide a natural protection from predators such as jaguars and eagles; it’s safer for sloths to remain motionless and camouflaged off the ground (source).

Of course, they need to relieve themselves once a week – that’s the time they will come down from the canopy. Still, they are too shy to show off their face 🙂

A lucky moment to see a wild sloth on the ground!