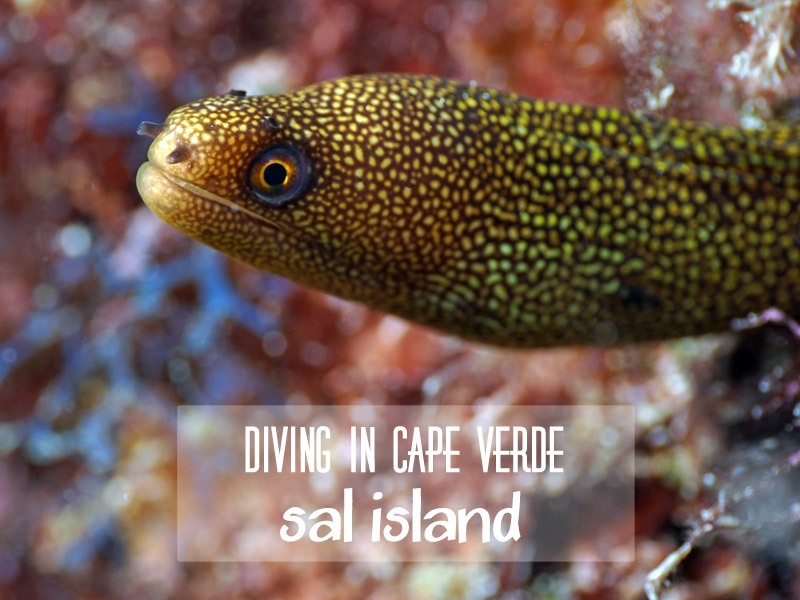 We got to know the scuba diving in Cape Verde (also called as Cabo Verde) after a presentation at a scuba diving exhibition in the Netherlands. The Atlantic Ocean surrounding Cape Verde is migration route for humpbacks whales, sperm whales and turtles. In the specific months, the locals and visitors could expect to see the whales (February-April) and turtles nesting (July-October).

Cape Verde is an archipelago country consists of 10 islands and several islets. From ten islands, I find only four islands have established dive centers: Boa Vista Island, Sal Island, Santo Antão Island, and São Vicente Island. This year we visited Sal Island, and hopefully we will visit the rest of the islands in the future. Cape Verde has great potential in scuba diving tourism and we did experience various types of scuba diving because each dive sites has unique characteristics. The following is the diving experiences you can expect when scuba diving in Sal Island:

Some dive sites in Sal Island have strong current. Well, there is nothing in between Sal Island to Brazil but vast ocean, we just have to watch out for not being swept away to Brazil! While the currents could be tricky and unpleasant to dive with, personally I enjoy diving with current as long as it’s not the one that suck you down to bottomless sea or make you swivel around like you were in a washing machine. Thankfully our dive guides checked the currents before we jumped into the water, thus mostly we did drift diving, a type of scuba diving where the diver is transported by the currents.

This image was taken when we were diving in strong current. The current was so strong that we had to hold onto a rope line of a buoy and as you can see, the nudibranch was holding onto the algae tightly otherwise he would be swept easily by the current!

There are several shipwrecks around Sal Island and most of them are not too deep. The shipwrecks are full of marine life, some of them even covered by sun corals! and easily we spotted schooling fish next to the shipwrecks. Recommended dive sites with shipwrecks:

Kwarcit Wreck at 28 meter depth. 50m long Russian trawler fishing boat sunk in 2006. Now it is home to the fishes. The boat is still in good shape, strong current might occurred in this dive site.
St. Antão at 10-12 meter depth. The ship sunk in 1966 with length of 45m, it’s home to schooling pufferfish, eel morays and sting rays.

Cave diving is the ultimate highlight of scuba diving in Sal Island. Our favorite cave dive sites are Palmeira IV and Buracona. The cave diving is intense and categorized as a dangerous activity, however, the cave dive sites in Sal Island are considered easy. Each cave has several large openings plus inside the cave is quite spacious. The entrance of the caves are covered by sun corals, that turned to the pitch black once we entered the cave. No sharks encounter inside the dark cave but for sure we saw numerous marine life like dwarf lobsters and arrow crabs.

Sun corals at the cave entrance 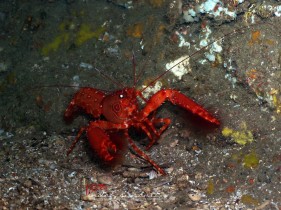 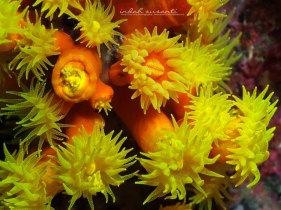 Sun corals at the cave entrance

Dive sites in Sal Island have plenty of moray eels! Almost in every dive site, we were easily spotting the eel, sometimes the eel swam close to us or ‘strapping’ himself to the reef. The eels have vicious looks since they always showing their teeth with glaring eyes to scuba divers, however, this is the way they breathe! They have poor vision thus they prey following to the smells.