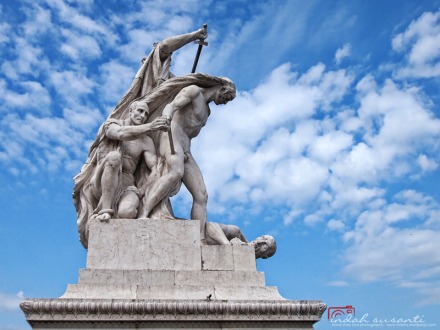 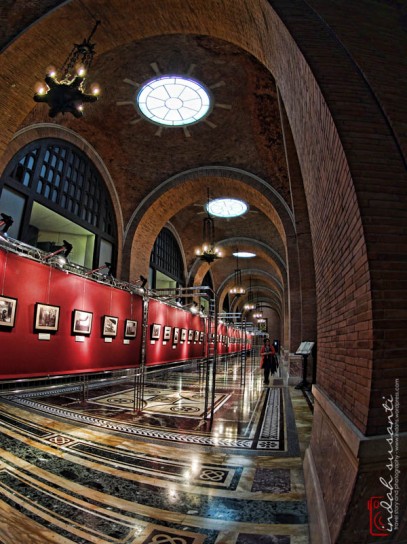 II Vittoriano, a white marbled monument in Rome (Italy), was completed during Mussolini’s rule and it was received many criticisms. During its construction, it destroyed some part of the Capitoline Hill and historical area. Additionally its architecture design was considered different compared to the rest of historical buildings around Rome. Before my visit, I have read some articles mentioned that the monument has several nick names that showing the dislikes towards its architecture style, such as  “the False Teeth” and “the Type Writer”. The Romans called the building as ‘torta nuzziale’ (wedding cake) building. Do you think its looks like a wedding cake? I can imagine it was because of the multi-levels of the building. Additionally, the building was not in favor of the Romans because it has boxy and white colored architecture that was not considered blend in to its surrounding landscape. Due to its super white color, this monument had to get “clean up” several times.

Without fisheye lens: Altar of the Fatherland 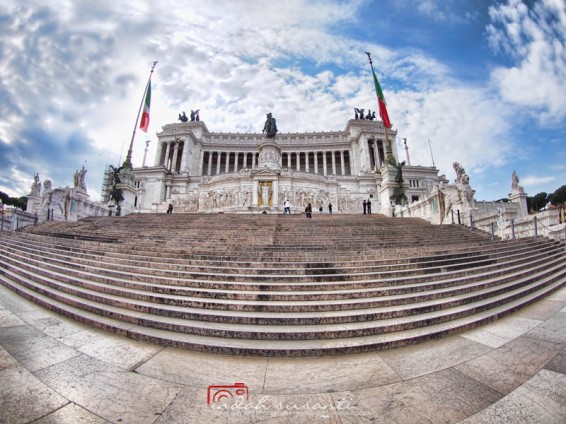 With fisheye lens: Altar of the Fatherland

Aside to political propaganda during the Mussolini’s regime in which I am not going to discuss here, the monument was aimed to honor Victor Emmanuel II, the first king of a unified Italy, and later on, to honor the first World War victims. There is a tomb of the unknown soldier from the war under a statue called as Dea Roma. The tomb is guarded by two military officers to show respect and in honoring the service of the unknown soldiers. I believe it is a common value shared by military corps around the world. 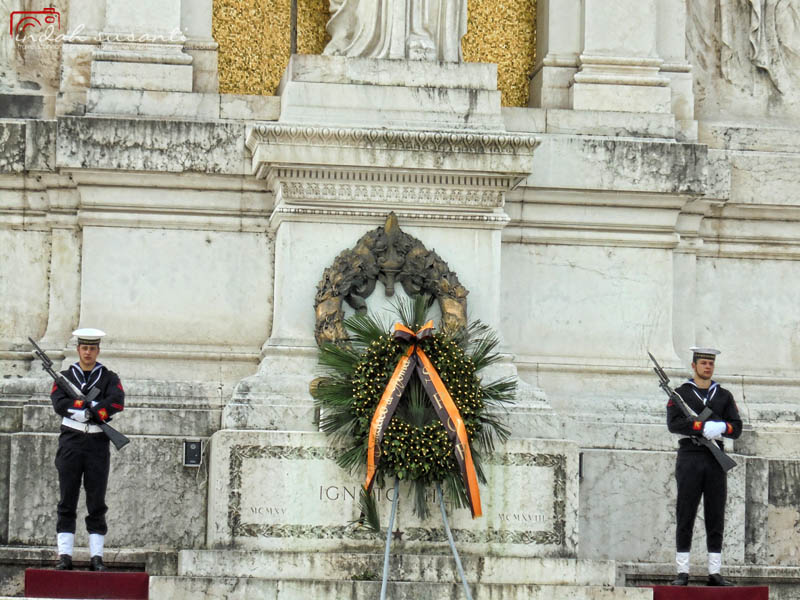 The tomb, under the Dea Roma.

There are several statues crafted by Italian artists in the 19th centuries to represent the values of unified Italy. Quite provoking statues. Visitors also allowed to climb up to the top of the monument to see Rome from above, with entrance fee. Inside of the monument is a museum with showcase of Italian flag and historical mementos.

It was estimated there were 2 millions visitors visited the monument every year. It is large number of visitors but when we were there, the monument was not as crowded as other touristic places in Rome. I recommend to include this monument when you are going to visit Campidoglio and Roman Forum as its location is close to each other.

If you wish to climb up to the top of monument then you have to pay the lift service ticket but the monument and museum are free entrance.