The Churches of Valencia 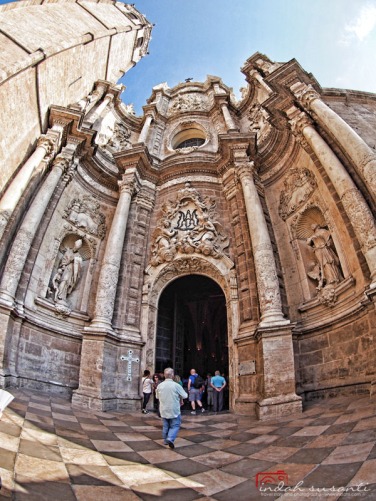 The most famous church in Valencia (Spain) is located in Plaza de Reina, the Cathedral of Valencia. It was built in late 1230-ish with Gothic and mix of Barque architecture styles. It was curiosity that brought us to visit the Cathedral. Curiosity to see the Holy Chalice in the Cathedral that was believed as the true Holy Grail. The chalice was dated from the first century. Unfortunately my curiosity was unanswered. The Cathedral was celebrating St. Assisi feast day with a mass liturgy service. I managed to take some pictures inside but sincerely I did not feel comfortable to do so. The Cathedral was packed with people – a mix of tourists and the residents, those who just sightseeing like us and those who wanted to follow the liturgy service. Dutchie and I felt like disturbing the service, so our visit was very brief.

We continued walking around Plaza de Reina and found a smaller church called Santa Catalina. It was built on the site of a former mosque when Jaime I (King of Aragon, Valencia and Malorca) overthrew the Moors. It has bell tower where visitors allowed to climb it to view the scenery of Valencia. 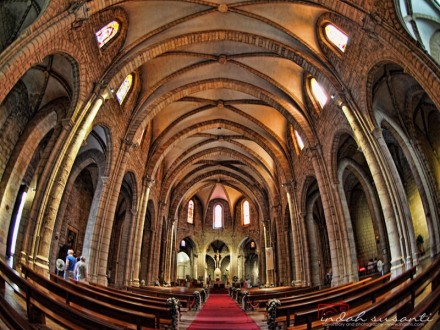 When inside a worship place like a church, mosque or temple that was built hundreds years ago, I have sort of dreamy feeling, in awe for dogma that lasts for centuries. How was it at first people began to collectively agreed to share similar norms and values that later formed as rituals and rites? Why does it still exist until present days? Emile Durkheim argued that religion is something eminently social, a social system that provides social control, purpose for people to feel belong as one moral community called Church. For his thought, I guess a place such as the Cathedral of Valencia is not just a building but also a living monument of this collective agreement.