Rotterdam was in Caribbean-Latin atmosphere yesterday (19 July 2014): tropical heat and colorful summer carnival (zomer carnaval in Dutch). Finally I had a chance to see it again after being absence last year. This year the Carnival celebrates their 30 years.

The first parade groups were the Summer Carnival’s elected Queens and the runner ups. The Queen from last year was also joining as her last chance to participate in the parade. 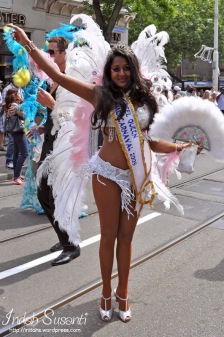 The children were joining as well, they might be intrigued to participate after seeing beautiful dresses..but I guess they might not realizing how tiring the parade could be, especially on the heat! Some of them already look tired and some were still enjoying the party and smiling 🙂 Luckily the groups with children were mostly placed at the beginning of the parade so they would finish quickly. 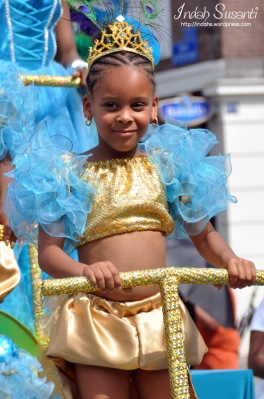 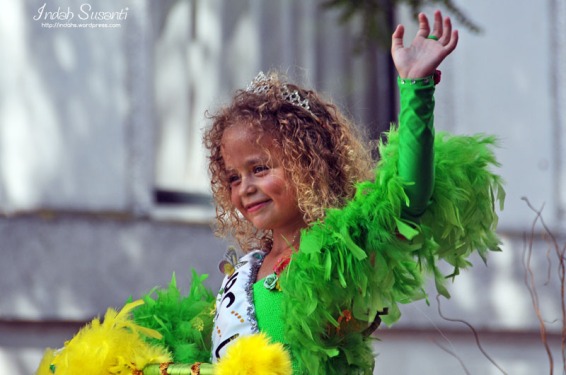 The Carnival had 41 groups participating on the street parade and it was long parade. It started at 13:00 and until I was about to leave at 16:00, the parade has not finished yet. 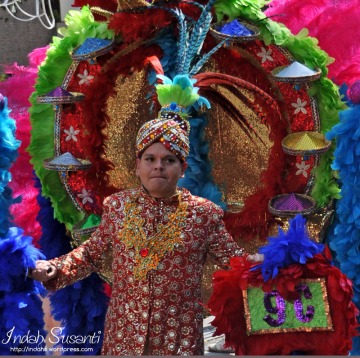 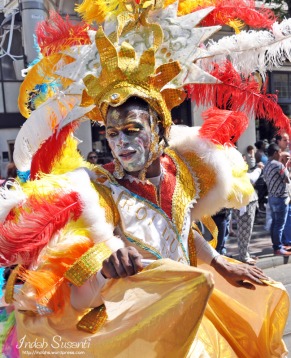 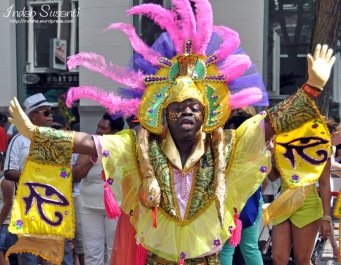 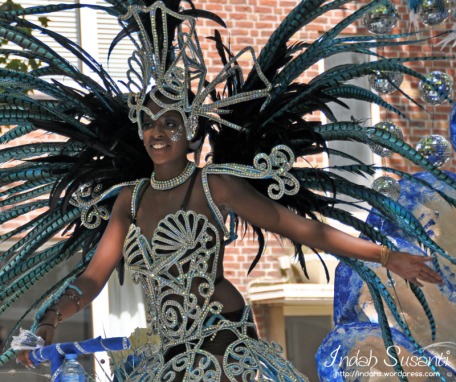 The participants also paid their respects towards the MH17 victims by putting black ribbons in their trucks. Some Dutch people feel this year summer street parade was inappropriate to be hold since the timing was so closed to the tragic event of MH17 that causing the death of 298 passengers with majority Dutch (193 Dutch passengers). Personally I do have mix feeling about it. The MH17 tragedy has personal meaning to me as well as the flight route is our (my Indonesian friends in the Netherlands and myself) usual flight route to visit our family in Indonesia (Kuala Lumpur is usually a stop over to continue to Indonesia, Australia, the Philippines and other countries in the area). I would not surprise if the event was postponed for another week noting that there were even Rotterdammers who were among the victims. In other hand, life continues and the mourning is very personal. In my personal opinion, I would not want my death causing long-term of sorrow to people I care and stop their life activities. It was a tough decision by the Rotterdam authorities to continue the event this year.