We visited the Grand Canyon (Arizona, U.S.) in April when the weather was still a little bit chilly but sunny Arizona helped to warm us up. The Grand Canyon was magnificent canyon formation, a park that should not be missed when visiting the United States.

There are numerous facts about the Canyon written by travel bloggers and travel websites, and I find few of them are interesting to know.

Grand Canyon is considered by a Native American tribe, the Hopi tribe, as a gateway to the afterlife. (Source: Pink Adventure Tour)

It took 3-6 million years to form and it was formed by the Colorado River, which flows west through the canyon. (Source: National Geographic Visitor Center Grand Canyon).

The Paiute Indian tribe calls the canyon Kaibab, which means “mountain lying down” or “mountain turned upside down.” It was a war veteran John Wesley Powell, who charted the Colorado River’s course in 1891 and 1892 in a wooden boat, who the first to consistently use the name “Grand Canyon.” (Source: Live Science) 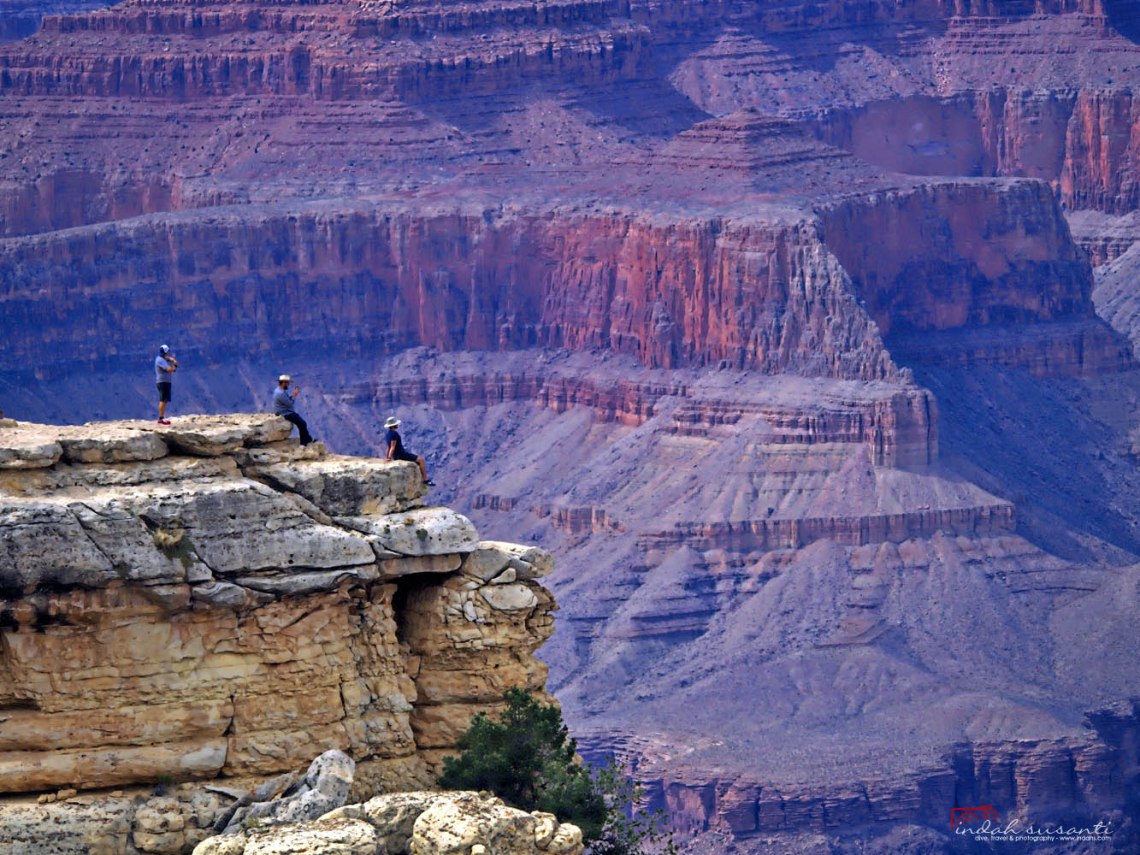 There are at least three endangered wildlife species can be seen in the Grand Canyon: bald eagle, peregrine falcon, and humpback chub. (Source: Grand Canyon Guru)