I had a great time visiting the Museum of the Canals. It introduced the history of the canals and canal houses in Amsterdam (the Netherlands) through interactive media. It was fun and impressive.  My favorite part was the room with the exhibition of the canal houses, its interior and the residents’ activities. I spent quite long time in the room just to observe each canal house.

From the museum, I also learned there are five interesting facts to know about the canals in Amsterdam. It’s better to know this before exploring the canals of Amsterdam…

The canals in Amsterdam called “grachtengordel” (the belt of canals) with incredible precise planning for each canal: for residential development, for purposes of defense and water management. It was built in the early 17th century to respond the increasing number of immigrants (an interesting interactive display in the museum that explained this!) 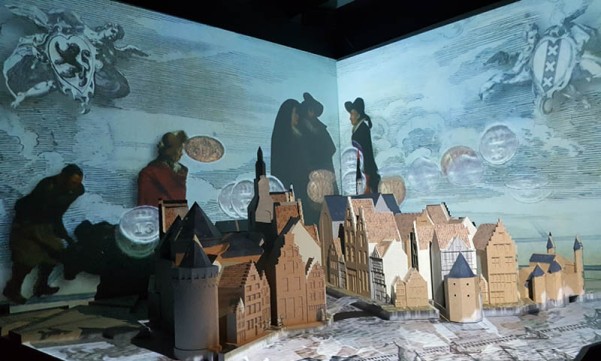 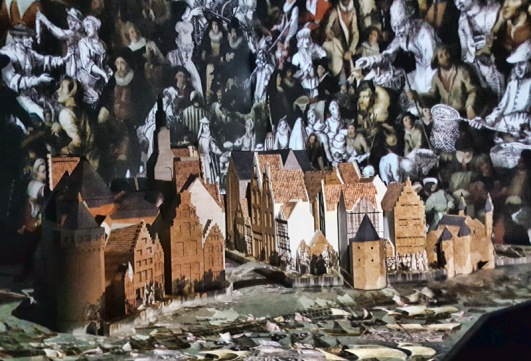 There are approximately 3,000 houses along the four major canals, and each of them has its distinctive architecture design. The houses along the canals usually called as Canal Houses. Historically, the city planner of grachtengordel planned that each canal house has a garden (backyard) as designated green area in the city. Until the present day, it is not allowed to build a building on the designated green area. 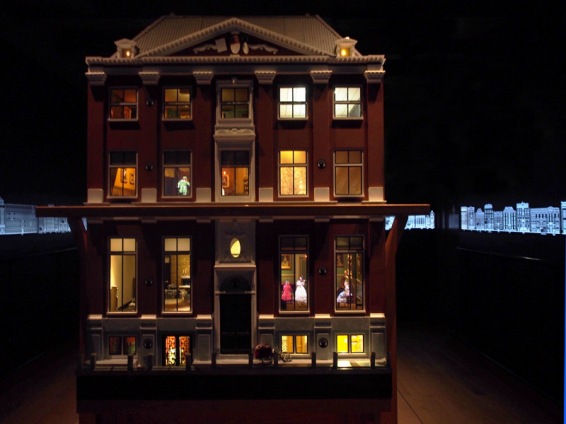 The average depth of the canals is between two to three meters and known as a place where you can easily fishing for a bike!

I recommend visiting the museum if you are interested in the history of the canals in Amsterdam. The belt of canals of Amsterdam is truly remarkable and showing how well-planned the Dutch were in anticipating the increasing number of population. It is better to visit the museum before taking canal boat trip.

The entrance to the museum is free for I Amsterdam City Card holder. For more information, please visit: The official website of the museum: Het Grachtenhuis