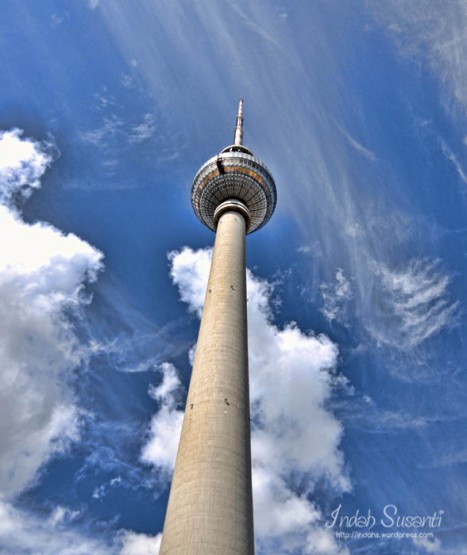 The Fernsehturm Berlin (Berlin TV Tower) is a television tower in Berlin (Germany). It was built in 1965-1969 by German Democratic Republic (East Germany) as Berlin’s symbol. It is located in Alexanderplatz and considered as the tallest building in Germany with the height of 368 meters.  In 1964, leaders of the Socialist Unity Party allowed the construction of this TV Tower to be designed based on Fernsehtrum Stuttgart mixed with the first human-made Earth Satellite, Sputnik.

The tower also included in The World Federation of Great Towers. The tower has restaurant and observation area for visitors to view Berlin in 360 degree. Please note that the tower is usually quite busy, so maybe it is best to buy the ticket online. We cancelled the visit to this tower because of long queue.