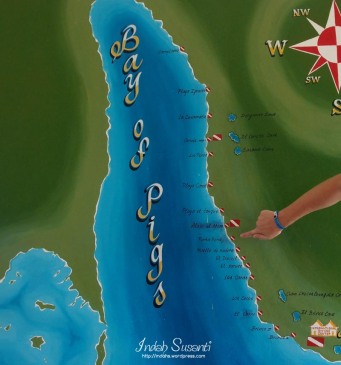 Dive Sites in Bay of Pigs 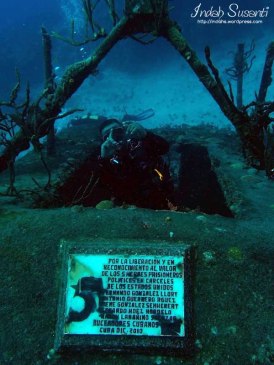 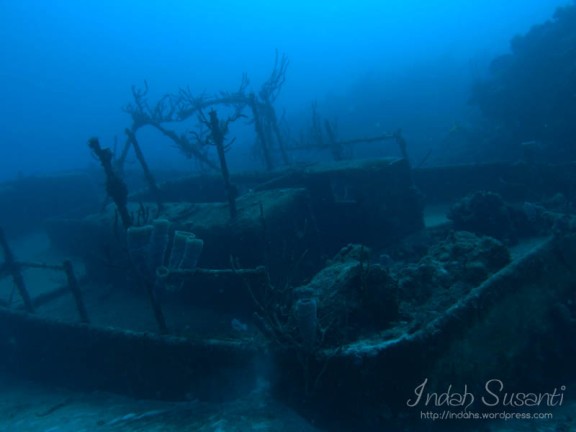 We stayed in Playa Giron, Province of Matanzas, Cuba, for two nights at Horizontes Playa Giron Hotel. The only reason to stay at this hotel because it was attached to a diving center and based on my research, it was the only diving center in the area. Honestly, I would not recommend anyone to stay at this hotel. Casa particulares in Playa Giron are certainly nicer than this hotel. The casas may not have beach access, but they are close to the public beach area.

The plan was to dive in Bay of Pigs. Bay of Pigs is quite close to Playa Giron. It is the place where Bay of Pigs Invasion took place. Bay of Pigs Invasion or in Spanish: Invasión de Bahía de Cochinos/ Invasión de Playa Girón was a failed military invasion of Cuba undertaken by the CIA-sponsored paramilitary group Brigade 2506 on 17 April 1961 (Source: Wikipedia). I could not say much about this invasion history; I missed visiting the Museo Girón during our stay in Playa Giron, and I’d prefer not to repeating Wikipedia or some articles 🙂

We dove twice at dive site Punta Perdiz. First was Punta Perdiz to the left, and the second dive was Punta Perdiz to the right. The dive site was fantastic. The variety of fishes and corals were not many if being compared to underwater in South East Asian countries (especially Indonesia). However, Punta Perdiz dive site (Left and Right) has impressive underwater landscape. We dove into caves, tunnels, and I could feel I was getting deeper until  suddenly we were in the sort of a cliff with a vertical drop of almost 300 meters! Oh well, maybe it was even deeper as I could not see the bottom but very dark blue water. It was unbelievable to dive in this type of underwater landscape. Additionally, there was a wreck as well, a small one and I think its depth was 25 meter.

Aside to diving, we were also snorkeling at Caleta Buena, a beautiful bay with natural pools, hot springs underwater and cenotes.  Silly me, I forgot to bring my camera when visiting this beautiful place. Anyway, it is best to visit after siesta time (after 15:00) but only if you’d like to avoid tourist crowds.