It comes to my surprise that Costa Rica is also a surfing destination. Surfing locations in Costa Rica are mostly in the Pacific Coast area. Tamarindo Beach and some areas […]

This image is a monochrome version of Agra Man: Almost There, taken in India. I admitted this picture was heavily edited. I was in the mood to “paint” my picture […]

I think I have mentioned already how much I love European Gothic architectures, they are not only photogenic but also allowing us to have fantasy with! About this image’s technical […] 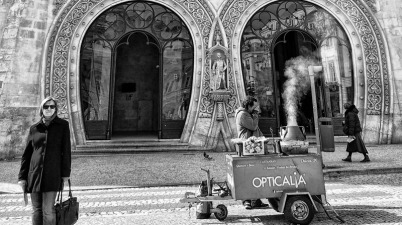 My Selfie in His Eye

Can you see my selfie as reflected in Dante’s eye? Dante, my dog, did great being the model for this selfie project as challenged by Bulldog Travels – Calling all […]

Children of the Island

Whenever traveling to small island for scuba diving, I could not help to feel jealous with the children who live in the island. Their playground is the scuba diver and […]