30th edition of Marine Life monthly post. Marine Life post published every 19th of the month. It aims to share information on marine life species and to promote their conservation. All images and video in this post are taken by Indah Susanti unless stated otherwise.

Have you ever seen a jellyfish glowing in the dark and swimming from the deep sea? I did and it was unusual sight and impressive!

After amazing scuba diving with the Manta Rays at night in Kona, Hawaii; another amazing and unusual scuba diving experience that we had in Kona was called as “Blackwater Diving”. The diving aimed to see the pelagic animals from the pelagic zone. The word of pelagic itself came from Greek, pelagos, that means “open sea”. The pelagic zone is the water area in the ocean that is not near to the bottom or to the land.

There were several layers of the pelagic zones based on its depth. Various marine animals can be seen on these layers and they are usually called as pelagic animals – from fish to mollusk. The pelagic zone houses the largest number of wild marine life, most of them are rarely seen near to the coast. Although nowadays we have read the news that more pelagic animals such as whales or sharks stranded on the beach or were seen near to the coast. 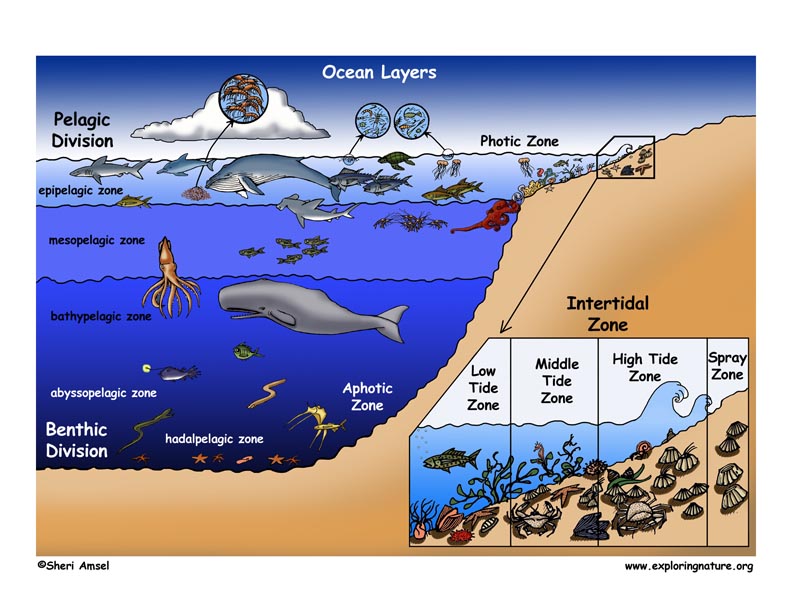 As you can see in the above chart by Sheri Amsel from Exploring Nature, there is various marine life in each layer of the pelagic zone. Kona (the Big Island, Hawai’i) has an interesting pelagic zone where the marine animals from the mesopelagic zone migrate on daily basis. Well, the actual migration happens every night and declared by the local scuba diver to CNN as the world’s largest migration (check this CNN’s post for amazing pictures of the animals from mesopelagic zone migration!). The scuba diving package to see the migration as I mentioned earlier, called as “Blackwater Diving”. The diving is organized at night, near to midnight. The scuba divers are tied into a rope that hangs onto the boat for safety as we were in the middle deep sea – most likely around 1,500 meters deep (5000 feet). I could not see the bottom of the sea at all! Not to mention it was pitch black water!! The boat drifts following the current. It was totally a different type of dive I have ever had and it was exciting! 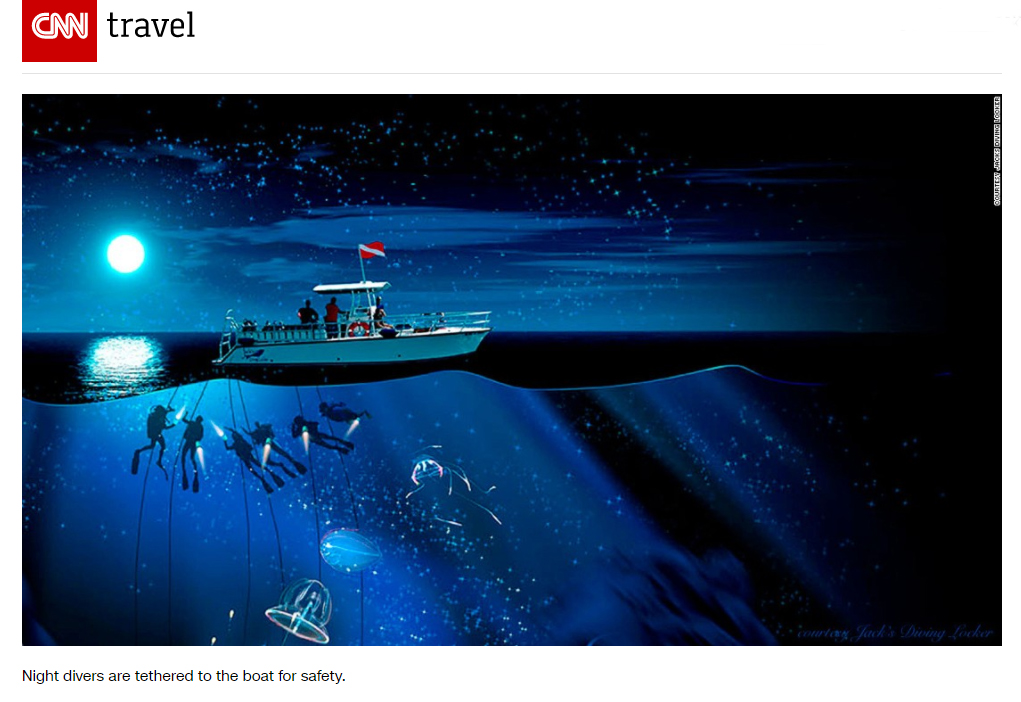 What we saw was simply out of our mind. It feels like I was on a different planet. The animals were lite up, small to bigger size, a variation of jellyfishes that I have never seen before; there were squids, phronima, clear larval fish, and much more that I am not familiar of.

I have to be honest, I screwed up with my photography preparation for this diving. First of all, I used a wrong lens port on my underwater camera housing. Secondly, I was not focused on taking pictures because I was amazed seeing these animals. I have never seen anything like this before and they were just like aliens from another planet. Most of the time I just enjoyed hanging on to the rope and watched their movement. So, the above images and the opening image are sorts of the successful images from blackwater diving experience. My recommendation to scuba divers with an underwater camera, do use the flat lens port on your camera underwater housing, not the lens dome port like I did. Also, the torch lights will attract them to come closer!

Curious to see more of it? Please watch the following video by Kona Honu Divers. Just like they said in the video, it’s the ocean like you have never seen before!