Thanks to Amsterdam City Card, I was able to visit and enjoy one of the amazing exhibitions in Hermitage Amsterdam (the Netherlands) about the most renowned and the longest-ruling female leader of Russia, Catherine the Great. Interestingly, she was not even a Russian. She was from Germany (talking about a strong female leader, we know that Germany has one at this moment 😉 ). The exhibition showed her collection and life history from early days before she became a Czarina in Russia.

The exhibition held in Hermitage Amsterdam and it will last until 15 January 2017, and it is free entrance for Amsterdam City Card (otherwise you have to pay 17,50 Euro!). 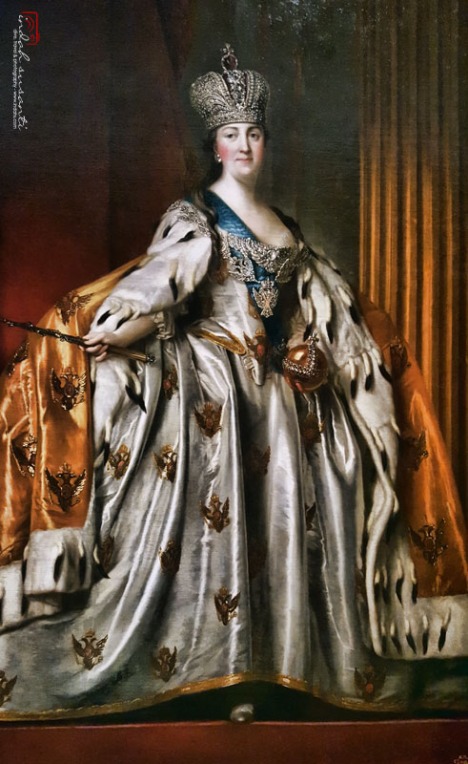 The real name of Catherine the Great was Sophia Friederike Auguste. She was a daughter of Prince of Anhalt-Zerbst in Prussia (now German), Christian Auguste. Princess Sophia and her mother were invited by Czarina Elizabeth, a daughter of Peter the Great when she was looking for a bride for her heirs, Peter III. Princess Sophia married to Peter at age 15 and converted to Orthodox Christian’s name: Catherine.  After a rocky marriage and a political decision that not supported by the military, Peter III was forced to step down under a bloodless coup. Catherine gained supports by the army to arrest her own husband, then she proclaimed herself as the sole ruler, replacing her husband. She got supports from the Russians elites and as well the citizens. Then the rest became a history of a strong female leader in her era, she led Russia for more than 30 years with significant interests in arts and philosophy.

One thing that surprised me about Catherine the Great was her closeness to the French philosopher Voltaire. I had not known that actually they had never met each other and the relationship was truly based on mail correspondence. There was a perception that Catherine using Voltaire whose thoughts were popular in the Western Europe to gain popularity in introducing her reign. Voltaire was known for his enlightenment philosophy that attacked the existence of intolerance and religious dogma by the Catholic Church. An interesting relationship that brought Catherine’s reign to continue Peter the Great’s  Russian Enlightenment by introducing more secular policies.

Unfortunately, I do not have more images about the exhibition. I accidentally deleted images that I took with my camera during my visit to the Hermitage Amsterdam Museum. Thankfully, some images from my mobile-phone were available, but I used my mobile phone only to capture the first entrance while I took many more pictures with my camera on the second and third floor. I do recommend to visit the exhibition as it was remarkable, well displayed (covering three floors in the Museum) and truly an interesting way to learn about the history of a powerful woman. Additionally, the Hermitage Museum in Amsterdam is a beautiful museum and its permanent collections are worth to see. It took me nearly two hours to explore the exhibition alone and another one hour to explore the permanent colection of the Museum. Take your time when visiting the Hermitage Amsterdam Museum.