Welcome to the tenth edition of the Featured Photographer monthly post. Please meet Don Sutherland, a U.S. American retiree. He is 89 years old in October 10th and perhaps the eldest underwater photographer being featured in this blog. Don is no longer taking pictures but his legacy stays as his son, Andy Sutherland, has been keeping his images in good shape. Let’s find out more through the following interview.

When I browse through Don’s Instagram page, I was impressed. What makes it more impressive, all images were taken by him with an analog (non-digital) camera using 35mm kodachrome (film). It is not easy to take pictures underwater with digital camera, thus I could not imagine how it was when using an analog camera!

Don’s son, Andy Sutherland, has been diligently scanned Don’s images that approximately reached to 6,000 images and published them in instagram on daily basis. I contacted Andy to reach Don for an interview via e-mail. However due to Don’s health condition, the writing-interview based did not work very well. Andy recorded himself questioning his father for Don’s answers then Andy sent me the interview recording files. Thank you to Andy, for his dedication to introduce his father’s amazing underwater photography to us. After all, this is for his father’s legacy of his love to the underwater world and water activity. 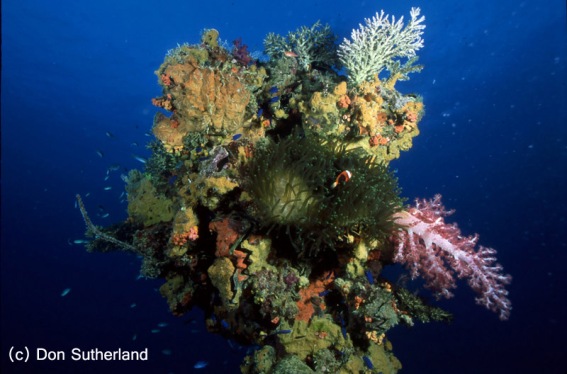 Don as a Wreck Diver

How long have you been diving? How many logged dives?
I started diving in 1968 in New Jersey. Maybe around 500 dives, well I did not log..

Why do you scuba dive?
I always like the water, I had snorkeled, looked down and I decided to join a scuba diving club in New Jersey. That’s how I first started scuba diving, it was in New Jersey, diving on the wreck.

Are you still diving?
Not anymore.

Where have you been diving?
New Jersey (USA), Caribbean. Then in the Pacific of Guadalcanal (Solomon Islands) – that’s the first time I was diving in the Pacific. I dove in Maldives, also Turk Lagoon, which was fabulous, and Papua New Guinea, only South Eastern coast.

Where is your most favorite diving place?
Guadalcanal. It was the prettiest, in term of various marine life and its environment. The other thing about Guadalcanal that was fascinating; the Japanese was there during the Second World War, and I dove off several of the facilities that they built for their troops and that made the diving was very interesting like docks. I was actually diving on the planes that were being sunk.

Have you been diving in your dream diving destination(s)?
No dreams. But if I could go dive again then it would be Guadalcanal. The second would be Turks Lagoon.

How long have you been taking underwater pictures?
It was around 1991, long time ago when I started the underwater photography.

What is your first underwater camera gear?
Nikon, analog camera that was available back then. (Note by Indah: Don does not remember the type of his camera).

I read in instagram that you used 35mm kodachrome. Did you process it yourself in darkroom?
No, it was developed into photo slides in the boat or shops.

I notice that you have wreck diving photography, macro and also wide angle, what is your favorite subject for underwater photography?
Wreck photography (wide angle) is for sure; then on living creatures, I like to do close up (macro), and for reefs with wide angle.

I am truly impressed by your images of Nautilus – where did you take the pictures? Was there any special story behind it?
That was off the Southern end of Papua New Guinea. Nautilus lives very deeply but my dive master put cage down about 150 feet (45 meters) and it came to the surface. It was a very interesting day (note: this practice also being done by the scientists to lure the nautilus). 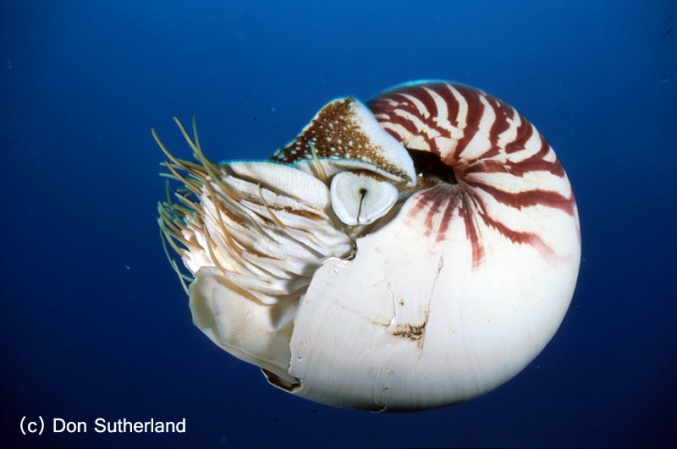 The following image looks like a robot! What was that and where it was taken?
It was in Turks Lagoon, in about three levels down inside a ship. It was an air compressor, it was hard to take this picture because of fences blocked. I set the camera then took the picture of it many times without being able to look at it. The ship was called the Fujikawa Maru. 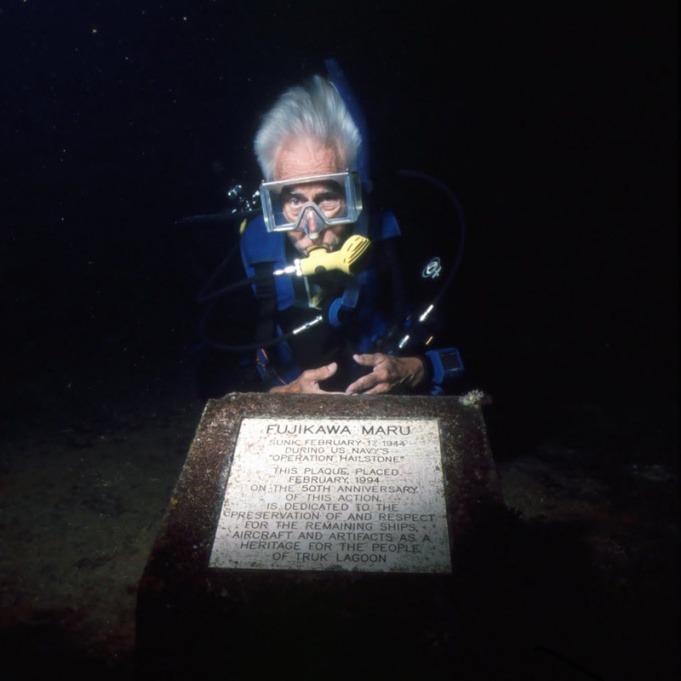 Would you like to leave a special message to readers?

Stay healthy, be in shape and swim every day!

Good advice, Don. Andy also told me that Don still drives himself to the swim club and puts in 30 minutes of laps every day! May this inspires many young generations to maintain good health.

Can’t get enough of  Don’s Photography?