Bunaken, Diving in the Heart of Coral Triangle 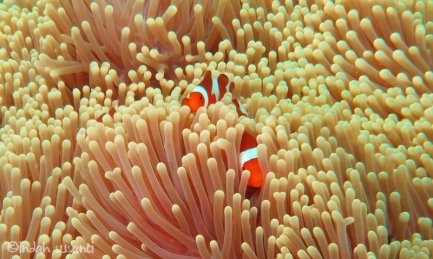 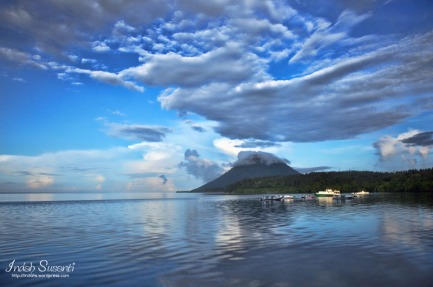 Our terrace view from Bunaken Island

One day before Indonesia for Coral Day – Eight of May. Please let me share one diving area that located at the heart of Coral Triangle: Bunaken! Bunaken is one of the first Indonesian’s national marine parks. It is located in North Sulawesi Province. I have been writing previously about another diving area in North Sulawesi: Bangka Island and Lembeh Strait. This province gains its popularity in scuba diving industry because of its special underwater nature. The ocean surrounding the province is home to endangered species such as coelacanth, dugongs, napoleon wrasse, turtles, dolphins, and migration path of whales.

Coral Triangle is a triangular area of marine waters of Indonesia, Malaysia, Papua New Guinea, the Philippines, Solomon Islands and Timor Leste. This triangle is acknowledged as the center of marine biodiversity, and often called as the Amazon of the Seas. 76% of world’s coral species are found there – which means the highest coral diversity in the world (with majority corals are located in Indonesia’s West Papua, Raja Ampat). The six countries are now forming an initiative called as Coral Triangle Initiative in order to protect this Amazon of the Sea with Permanent Secretariat Office based in Manado.

Bunaken National Marine Park is only 18 km from Manado or just about 40 minutes by boat. The marine park was established in 1991 and it covers 89,065 hectares which 97 percent of the park is water area. The national marine park covers five islands: Bunaken, Manado Tua, Mantehage, Nain, and Siladen. Some dive resorts are located in the coastal area of Manado while for scuba divers who like to experience staying in small islands then can stay in Bunaken Island or Siladen Island. According to Dive World website, there was estimation that the number of fish species in Bunaken Marine Park alone is around 2,000 species and at least 56 different genera of corals live in the park. I can tell you that the underwater life in this area is stunning! Some dive sites were covered by colorful coral garden and the visibility was so clear. Most of the dive sites are wall diving. The walls were covered by corals and fishes swimming around the corals. A scuba diver should pay attention at the corals as you might find those colorful nudibranch or other marine species that is rare – like orang utan crab. We also saw the biggest turtle ever, he was almost two meter long and huge! 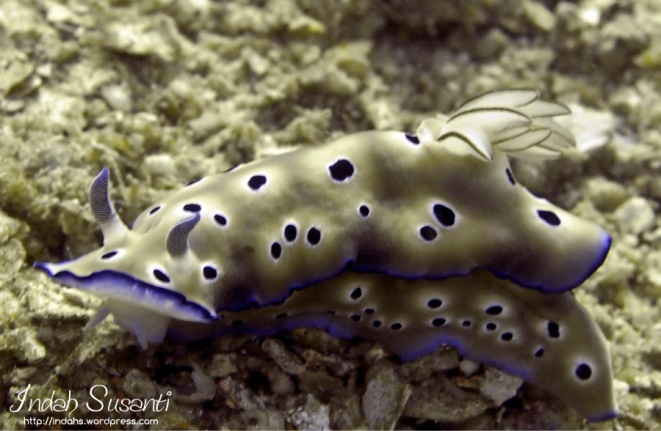 We stayed in Bunaken Island for a week. I don’t recommend the resort where we stayed. My review can be found in this link. The island is very small and very quite. The internet connection was horrible, no television during our stay and after dinner time spent by chatting and drinking with other scuba divers. The waters were calm, perfect for snorkeling with beautiful view of volcano in Manado Tua Island. Life was good in Bunaken Island – but only if you don’t miss internet and television for a week 

March to November is good months to visit, with June to October as the top months with excellent visibility. December to February is raining season. Most dive sites are still accessible but the visibility is less good and the sea will be rough to reach Bunaken and enter dive sites during these months.